Patrick Larivaud was going at a NASCAR pit crew pace, snapping the cans of food in front of him into bags, then pushing the bags onward in assembly-line fashion.

The sense of urgency was high, which was appropriate since Larivaud and other volunteers from the Lakewood Ranch Business Alliance were tasked Oct. 7 with packing up food so Meals on Wheels Plus of Bradenton could deliver them to one of its hurricane relief stations. These particular bags were going to Pride Park in Bradenton.

While that area might not have suffered as much damage as communities to the east, it did lose power, meaning the residents might also have been cut off from their food supply.

Larivaud, who also was representing his employer, Kitchner Benefits of Lakewood Ranch, did stop to catch his breath, and then looked around the warehouse at the many shelves stocked with food. It appeared to be a kind of Sam's Club for those in need.

"It is one of those things where I never realized how much people needed," Larivaud said. "These people put out a lot of food."

And that's the point of Alliance Gives Back.

The annual event matches Alliance members with area non-profits for a three-day period in October, this time Oct. 6-8. Alliance President and CEO Brittany Lamont said the goal is to bring her members awareness of the missions of local nonprofits.

Before Hurricane Ian hit, Lamont said a record 200-plus volunteers were signed up for more than 30 projects. However, many of the nonprofits lost power and couldn't host volunteers at this time, so the scope of the project became a bit smaller.

It didn't mean it was less important.

Tidewell Hospice used its Lakewood Ranch Business Alliance volunteers to help pack food to send to counties to the south that were devastated by the hurricane. All Faiths Food Bank needed the volunteers to help it send food to Fort Myers. Meals on Wheels Plus has been overwhelmed with calls for help.

Meals on Wheels Plus President and CEO Maribeth Phillips has been going to the Myakka City area to hand out supplies with her team members.

"What I saw was such devastation," Phillips said. "The houses looked like they were built inside a lake. It is so heart wrenching.

"But I do feel the community has come together. The show of support is remarkable and it makes me proud to be part of this community."

Phillips looks forward to the time every year when the Lakewood Ranch Business Alliance sends volunteers to her nonprofit.

"We have done it for several years now," Phillips said. "And the need now is more than ever with the hurricane."

Once volunteers are part of the Meals on Wheels' mission, Phillips said they often return for more volunteer hours. Whether they come back or not, they "spread the word about the services we offer."

"This just opens my eyes," said Lakewood Ranch Business Alliance volunteer Annemarie Graff of Bank OZK. "We were going to do the hay maze (at Nathan Benderson Park), but they had flooding. This is a better calling."

She called the Alliance Gives Back event a wonderful way to connect with those in need.

"People want to help, but they don't know where to begin," she said.

When the six Alliance volunteers arrived at the Meals on Wheels complex, they were given a quick tour before they were put to work.

Cindy Sloan, who manages Meals on Wheels' Food Bank of Manatee, said the brief tour gives volunteers a feel for the scope of the operation.

"They can see they are making a difference," Sloan said. "And at this time, a ton more help than normal is needed."

Ali Marks of Zollinger Mediation of Sarasota was all smiles as she packed food as part of the Lakewood Ranch Business Alliance Group.

"I just love this, doing volunteer stuff," she said.

She quickly added that she had no idea that Meals on Wheels Plus had such an impact on the county.

Lamont said she was glad the Alliance could plant the seed for Marks and others to volunteer in the future.

For 14-year-old Cooper Hodgson, it was his first look at Meals on Wheels Plus in action.

"I had heard of them once in a while," he said.

Larivaud looked back at the other volunteers and smiled.

"This is the community helping out," he said. "It is so cool to see." 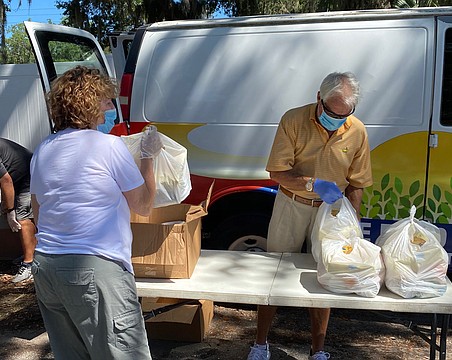 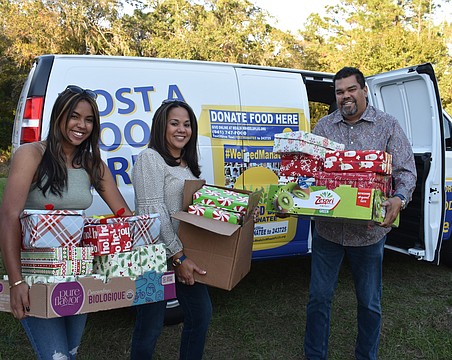 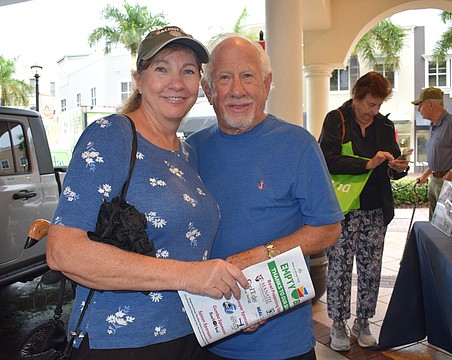 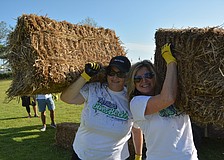 Lakewood Ranch Business Alliance volunteers stack up against the best 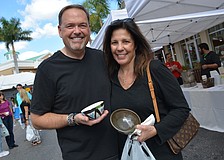 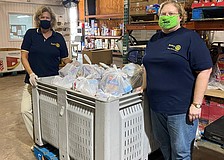 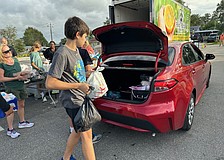 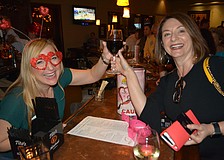 Important tips lead to a good cause in Lakewood Ranch