Longboat Key staff will not continue negotiations with the Ohana property owners for a lease or easement agreement.

Longboat Key Mayor Ken Schneier sees several ways for the town to address the difficulties of navigating around the private Ohana property which extends to the surf, blocking passage along the beach.

After an hourlong discussion Monday among the Longboat Key Town Commission, Schneier advised town staff to:

“There is no obvious solution at hand, and at some point, you have to admit that,” Schneier said. “It doesn’t mean that we’re going to give up entirely on what’s going on here.”

Town leaders have had discussions with property owners at 6633 Gulf of Mexico Drive and their legal counsel. Town Attorney Maggie Mooney stated the town’s negotiations with the Ohana property owners have been unsuccessful.

“The commission may recall at the Dec. 13 meeting, we talked about a number of different potential ways to skin this cat,” Mooney said.

In December 2021, the Ohana owners proposed the town pay between $880,000 and $1.3 million annually for public use as a path past the property.

Commissioner Penny Gold asked on Monday whether the town should get a separate appraisal. However,  Schneier called Ohana’s appraisal — which Sarasota-based Bass Fletcher and Associates valuation professional Richard Bass conducted — “ridiculous” for the town to consider. Several other commissioners have said they did not view the Ohana owners’ proposal as reasonable.

On Monday, attorney Alicia Lewis, who is a partner of the Tampa-based law firm Kelley Kronenberg, read a statement on behalf of the Ohana property owners.

“We are willing to rent to the town on an annual basis the property associated with the Ohana beach crossing,” Lewis said. “This needs to be structured as an annual agreement as opposed to a perpetual or permanent easement because it allows the owners to preserve the value of the property by not encumbering it with a long-term easement.”

To avoid trespassing on the Ohana Hale Estate Land Trust property, the public can do two things:

“If the Town Commissioners are unwilling to invest in an annual rental agreement on the terms outlined today, we ask that our clients’ private property rights are respected and we will move on from this issue,” Lewis said.

“We do not think it is advisable to pursue a claim that will result in many, many years of litigation at every appellate level over legal theories that are not grounded in black-letter law today,” Mooney said.

Schneier explained his understanding of the town pursuing a legal claim.

“If you ask an attorney, ‘What are my chances of success?’” Schneier said. “And then, you have an arrangement of what you might call, ‘yes, maybe, no and hell no,’ I think we observed, ‘Hell no’ from our counsel in that situation,” Schneier said.

Vice Mayor Mike Haycock said he’d like to see the town revisit the possibility of beach renourishment in the area, which would require placing permanent rock groin structures and tons of sand around the seawall structures. The additional sand would create more dry sand seaward of the seawall, allowing passage without trespassing.

“You’ve heard from our coastal engineer (Dr. Al Browder) and Public Works Director (Isaac Brownman) that their initial estimate would be about $1 million a year to put structures in and try and maintain sand in that area,” Town Manager Tom Harmer said.

Harmer said it would take at least four permanent rock groin structures to maintain the sand in the area.

“Some portions of the island are more erosional than others,” Harmer said.

Marc Preininger, who owns the seawall at 6541 Gulfside Road, also spoke on Monday afternoon before the Town Commission. Preininger’s property is known as the “half-moon seawall” and it sits just south of the Ohana site.

“The bottom line issue is that this is a beach erosion management issue,” Preininger said. “It’s not a seawall issue.

“The topic in itself states the obvious, uninterrupted public beach access. There is no beach in front of these seawalls.”

Preininger said how the normal two- to three-year renourishment cycle where there is a public beach near his property now lasts “less than eight months.” He also spoke of his concerns about liability as a private seawall owner.

“In today’s litigious society, it only takes one accident or worse yet, a nefarious actor to bring a lawsuit that opens up financial ruin for the owners of the seawall properties for being neighborly,” Preininger said.

Preininger said no one from the town has spoken with him, but he eventually planned to close down public access to traverse his seawall too.

“This is not just an Ohana issue,” Preininger said. 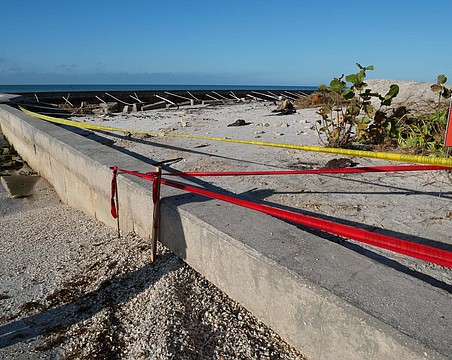 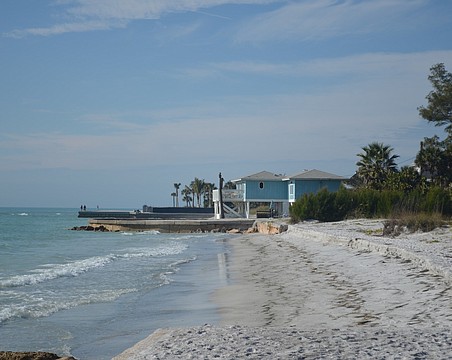 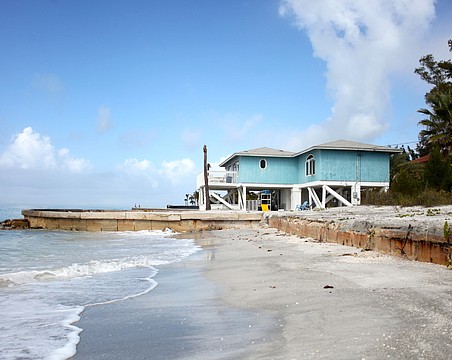 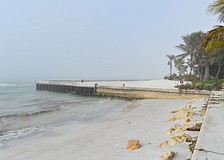 Solutions hard to come by for Longboat beach access question 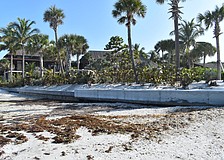 Longboat leaders to discuss solutions to navigate around Ohana seawall 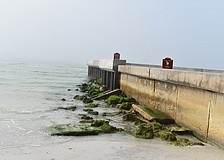 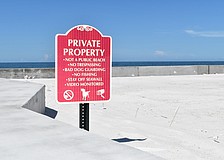 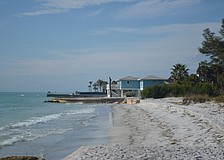