The annual event moved off the island for the first time and made its City Island debut.

Kathy and Jeff Paulsen arrive at the Lawn Party by the Bay at Ken Thompson Park.

Kathy and Jeff Paulsen arrive at the Lawn Party by the Bay at Ken Thompson Park.

Photo by Lesley Dwyer
Brad Marner and D'Arcy Arpke. Since selling Euphemia Haye, Arpke now enjoys the Lawn Party as a guest instead of a vendor.

Brad Marner and D'Arcy Arpke. Since selling Euphemia Haye, Arpke now enjoys the Lawn Party as a guest instead of a vendor.

Mat Helme has the right attitude, "Just say thank you."

Photo by Lesley Dwyer
Robyn Marin and Amy Goldman know how to accessorize on a sunny day.

Robyn Marin and Amy Goldman know how to accessorize on a sunny day.

Photo by Lesley Dwyer
Guests dine under a tent in Ken Thompson Park for the Lawn Party by the Bay on Saturday.

Guests dine under a tent in Ken Thompson Park for the Lawn Party by the Bay on Saturday.

Photo by Lesley Dwyer
Chris Wells learns more about Save Our Seabirds from CEO Aaron Virgin.

Chris Wells learns more about Save Our Seabirds from CEO Aaron Virgin.

Kiwanis member Deborah DiCarlo heads back to her table with two more plates.

Rick Rone and Chef Roberto Dominguez, Rone is a fan of Columbia's 1905 salad.

Photo by Lesley Dwyer
No dog food vendors, but it didn't stop a few from attending the Lawn Party anyway.

No dog food vendors, but it didn't stop a few from attending the Lawn Party anyway.

Photo by Lesley Dwyer
Rhys Parry and Collin Robinson enjoy some of the non-alcoholic beverages.

Rhys Parry and Collin Robinson enjoy some of the non-alcoholic beverages.

A sunny day and a new location made the annual Kiwanis Lawn Party by the Bay bigger and better than ever.

The  fundraiser for the Children’s Guardian Fund was held on Dec. 4, but not on Longboat Key.

For years, the party has bounced between locations on Longboat. Last year, 800 people attended the event at the Town Center Green. Because that location is still under construction, organizers moved the party over the bridge to City Island.

“Ken Thompson Park really proved to be a tremendous location for our event,” event chair Michael Garey said. “We were able to have more restaurants participate. There was more space for the guests to enjoy, and we even had more space between the restaurants.”

Last year, 22 restaurants participated. With a larger location, six more joined the roster. There were also five wine supporters, and Gold Coast Eagle provides the beer each year. Attendance rose by 100 guests, but there was room to move freely and plenty of parking.

Despite the location change, the concept remained the same—eat, drink, be merry and give.

The final donation numbers haven’t been tallied yet, but last year’s event raised more than $90,000. Brian Costello spent $750 on raffle tickets alone. His generosity paid off when he won the $5,000 grand prize.

By a twist of fate and history, Scott MacDonald of Crab & Fin won second place. MacDonald’s family has supported the event since it was called the Saint Judes Gourmet Luncheon more than 40 years ago. His father was one of the founders.

Regardless of its name, food has always been the main event. La Norma plated up 600 meatballs, and Columbia served its famous 1905 salad, which Rick Rone called the “best salad anywhere on Longboat Key or St. Armands Circle.”

The father and son team, Robbie and Robbie Ball from the Blue Dolphin, served up a family dish that’s featured on their lunch menu. Their chilled gazpacho is Grandma’s recipe.

Another favorite plate was the Longboat Key Fire Rescue’s firehouse chili. It would be easy to give these lifesavers a pass on their cooking skills, but they don’t need one. In their downtime, the amateur chefs have perfected an award-winning recipe they bring to the Morton’s Firehouse Chili Cook-off each year.

"We place almost every year,” firefighter Jason Berzowski said. “I’m the main chef, but everybody helps. This is not a one-person event. We just keep tinkering with it over the years.”

One thing that looks like it won’t be tinkered with for next year’s lawn party is the new venue on City Island.

“Our biggest challenge in my opinion is the last four lawn parties have been in four different locations,” Garey said. “I can tell you with certainty, anything gets better with repetition and practice, and we are already working on improvements for next year.” 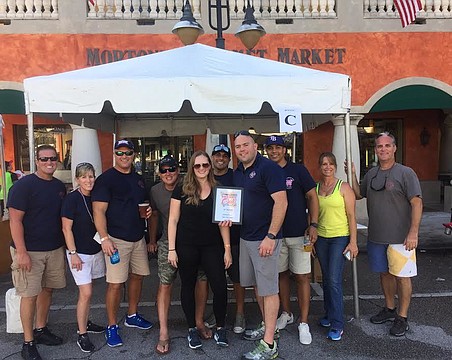 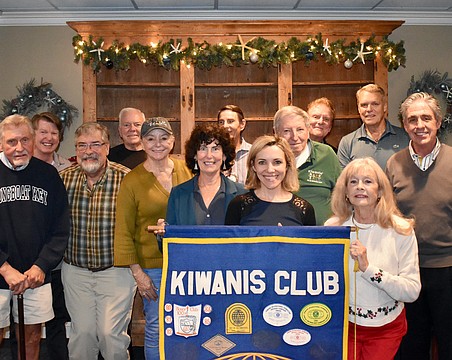 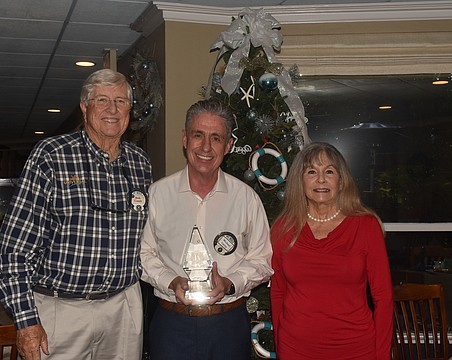 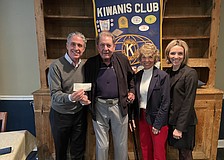 Tickets on sale for Lawn Party by the Bay 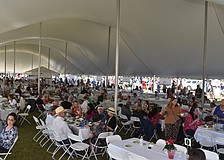 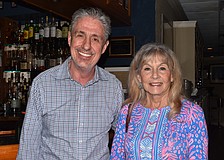 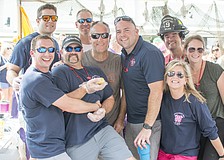 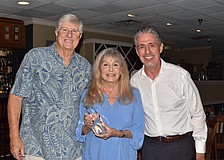