It's more than 7,000 miles away from Beijing, but because of the passions of its former resident, a Sarasota research library and nature preserve has become a leader of China studies.

Elling O. Eide’s most fervent wish has become reality a decade after he died.

Eide, a Sarasota native and lifelong student of Chinese history, dreamed of opening the gates of his 72-acre estate and turning it into a repository of knowledge. Now, nestled in a remote stretch of Tamiami Trail, his former home has become a leading regional resource for Chinese studies and a place people in the community can come to appreciate both art and nature.

Matthew Wells, the Elling Eide Center’s director of research, says that the focus of the institution will always remain fixed on ancient China. That was Eide’s passion, says Wells, and you can’t really understand modern China without getting your arms around its roots.

“This was the place where he was going to live,” says Wells, gesturing at the building, completed by Sarasota architect Guy Peterson. “He was going to put his collection of books in here — have his own kind of personal library — and basically invite all his buddies to come down and translate and talk about China and all the other things that he was interested in.”

Eide, says Wells, was a polymath. It would be impossible to quickly summarize all the things he spent his life learning about, but Wells said he was greatly fixated on Asian studies, languages, horticulture and Florida history.

Eide, born in 1935, was a graduate of Southside Elementary, Sarasota Jr. High and Sarasota High School, and he earned a degree in Far Eastern Languages from Harvard in 1957. He later served in East Asia in the United States Marine Corps and studied in Taiwan before returning to the USA and serving as a professor at the University of Illinois in 1970.

Eide’s life brought him back to Sarasota; his parents were ill, and he had to decide how to take care of the sprawling estate. Over time, he planted hundreds of trees and plants and continued his burgeoning studies from the place he had grown up, making this remote and beautiful property a capitol of an exotic and rare field of scholarship.

“It was more a niche kind of study, but it was also a very different field at the time,” says Wells of China studies during Eide’s day. “He was interested back when it was a much smaller community. … Somebody getting their doctorate in the '60s was probably trained by somebody who had been trained by someone who was a missionary in China in the 1900s.”

Eide, says Wells, was an early scholar of the T’ang Dynasty, and he played a large role in founding The T’ang Studies Society. His personal collections — books, art and souvenirs — became the basis for the Elling Eide Center’s treasury of Asian knowledge. Eide died in 2012, and the Eide Center opened its doors for research in 2016.

Wells says that the center has more 60,000 books in its collection, many of which are only really available to specific scholars of Asian languages and literature. For Wells, who arrived in Sarasota a year ago, the hard job was making Eide’s mission more public-facing in 2022 and beyond.

“One thing I started doing when I started booking conferences was thinking about the relationship between the scholars that come here to do research and to share research and the rest of the community,” says Wells. “That’s where the public lecture series comes in. I request from the scholars somebody to fall on their sword and give a lecture for the public, and we work with them to make sure they pitch it right and it’s not too specialized but also not dumbed down.

"We respect our audience. They’ve been around. They know what’s up.”

Even with their interest level established, though, Wells wants to make sure they're properly prepared.

For instance, the Elling Eide Center will welcome award-winning author and professor John Balaban to present a lecture on Vietnamese poetry in September, and Wells wants to give the local community a chance to attend presentations like that and fully understand them. That meant, in this case, designing an entirely new lecture series.

Wells, a former associate professor of Chinese at the University of Kentucky, wanted to craft an introduction to Chinese thought that would give its attendees a base of knowledge they could build on. He called it "Coffee and Confucious," and it will return for another showing this fall.

The attendees are mostly older, he says, and perhaps more interested in the subject than you might imagine.

“There's a shocking amount of interest in Chinese culture in the area,” he says. “I think that a lot of people, especially the older people, have had enough lifetime where they’ve been to Japan or they've been to China.

"Maybe they have business in China. Maybe some of them have relatives there and maybe somebody adopted a child from China or something like that. At the last Coffee and Confucius I had here, I asked them, ‘Show of hands, who’s been to a Chinese speaking country?’ About two-thirds of the audience raised their hand.”

For Wells, that was music to his ears. He was hoping to give people an entry point into Eide’s world; a primer on Chinese writing, on religion and philosophy, on history and China’s place in the modern world.

And he found that not only were people interested in it, but they were clamoring for even more. The lectures take on the form of coffee-and-conversation and they take place in the Eide Center’s lecture hall, which can sit around 50 people.

Wells said the initial offerings of Coffee and Confucius were a great success that sold out and generated positive feedback.

“It’s like a college lecture in that I approach it as if people are educated but maybe not informed in that particular area,” he says of the series. What I want to do is quickly move people to a point where they feel like they understand Chinese writing a little bit. …My goal was to have 25 people who are full-timers living in Sarasota who then have this baseline of knowledge, and then they would find any of our other lectures a lot easier to absorb.”

Now, says, Wells, the plan is to do more research on the property and its history.

He says there is a New College research project looking into Helen Smith, one of the property’s owners before Eide, and there will also be an archaeological survey conducted on the grounds. There's also a need to study the property's gopher tortoise population; the gopher tortoise is currently listed as vulnerable but not endangered.

The Eide Center currently has an arboretum tour hosted by a former botany instructor that informs people about the hundreds of species of trees on the property, and Wells hopes that eventually the tour will better include information on the center’s artistic holdings.

“If you come take the tour, at the very least, you’re going to see probably one of the most amazing horticultural collections here outside of Selby,” says Wells. “Then you’ll come in and get some exposure to the kind of art and culture we have here. But with this lecture series and course series, we’re trying to be more active in giving people the opportunity to learn.”

China studies — like any other field of academic endeavor — are cyclical. Wells says he's seen a flourishing and a regression in the interest of Asian Language study courses during his career, and he says that with China's increasing prominence in the world, there's an ever-present need for more people to understand the country's history and art.

When: Arboretum Tour at 10 a.m. Tuesdays

But even with someone like Confucius, a worldwide symbol of knowledge and learning, there's a natural ebb and flow.

"When I first went to China in the mid-90’s, you really didn’t hear much about Confucius or interest in classical China," he says. "Then you get up to about 2006 or 2007 and you start getting some interest then in what are traditional values? I used to show my students the same wall 10 years different; one would say, ‘Build a strong socialist society.’ Then 10 years later, I went back to the same place and it was like a mural about all these different Confucian virtues. It’s amazing." 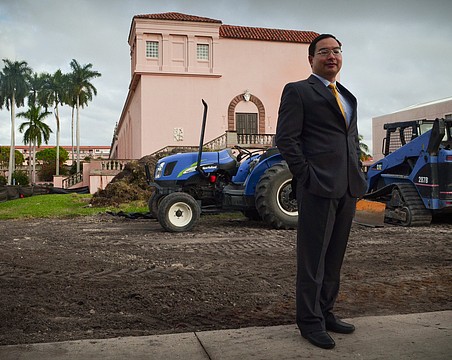 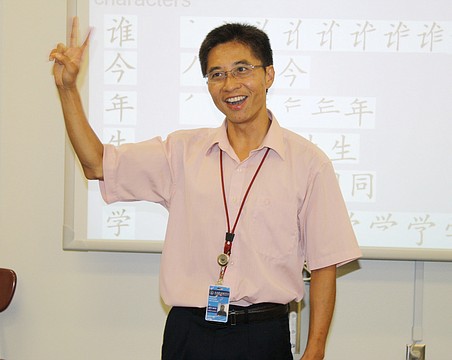 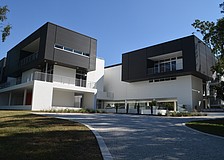 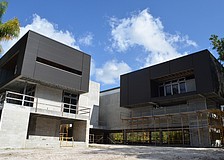 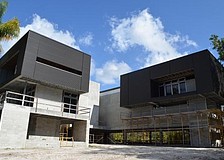 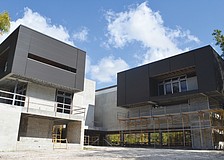 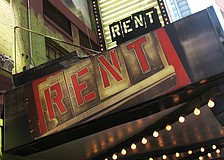 The best things to do around Sarasota for Sept. 8-14