All Friends Network gives those with cerebral palsy, autism and developmental disabilities a place to build relationships.

Standing in front of a photo of a big fish he had caught on a family expedition, Lakewood National's Trevor Kelliher crossed his arms and flashed a big smile.

His dad, Greg Kelliher, was standing nearby, and he smiled just as wide when his son recalled his titanic struggle. The two have plenty of fish stories they retell.

And golf stories as well. And tales about their fantasy football leagues.

It's easy to see that the father and son are best friends.

Unfortunately for Trevor Kelliher, who is 21, other friendships have been hard to cultivate because he was born with cerebral palsy.

It shouldn't be the case, but it's the world we live in. People simply don't want to take the time to find out Trevor Kelliher is a well-rounded, fun guy.

What: All Friends Network

Purpose: Help people who have cerebral palsy, autism or other developmental disabilities to find friendship and companionship

The Center for Disease Control and Prevention tells us that cerebral palsy is a group of disorders that affect a person's ability to move and maintain balance and posture. The symptoms can vary, but often it involves awkward movement and speech difficulties.

"Trevor's biggest thing is spasms," Greg Kelliher said. "They wanted us to try Botox injections, but that didn't work. Then there is brain surgery, where they try to stop the nerves from overreacting ... but I don't know.

"Cerebral palsy is frustrating, but Trevor has a great heart, and a good wit."

When Trevor Kelliher was attending high school in Lakeville, Massachusetts, his fellow students at Apponequet Regional High School eventually found out about his good heart and wit. But that was in a school setting. Once he graduated in 2018, he struggled to meet new friends.

Greg Kelliher decided to move with Trevor to Lakewood National to give them both a "new lease on life."

Although they love their home and the area, Trevor's struggles continued. So they sat down and brainstormed.

What if they started an online network that would allow people with cerebral palsy, autism or other developmental disabilities to connect and develop relationships? All Friends Network was born in the spring of 2020 because, as Trevor Kelliher says, "Everyone deserves a best friend."

Greg Kelliher said it was rough going at the beginning, especially with the COVID-19 pandemic taking hold.

"We struggled getting members at first," Greg Kelliher admitted. "But now we are up to 53 members."

Amato said he never was worried and he expects their project to be like turning on a "faucet."

The membership so far is divided evenly between males and females. Area businesses have supported the endeavor, such as Dairy Queen on State Road 70 giving 10 gift certificates of $10 each to use as prizes.

Trevor knew he needed to have something other than conversation on the site, so he added a daily trivia quiz, prizes and activities. Eventually he would like to add live events.

"We don't know anyone, at least around here, who has done this," Greg Kelliher said. "We have people reaching out because they are looking for a companionship."

After high school, Trevor said his dream was to find a job that would allow him to help people. It appears he has found it.

Amato said they currently are searching for ambassadors who would be willing to spread the word about "All Friends Network." Anyone interested can contact them at www.AllFriendsNetwork.com.

Greg Kelliher is just happy to see his son have a pursuit that brings him happiness.

"He was asking me, 'How am I living my life?'" Greg Kelliher said of his son. "'What can I do to help people?' This gives him a purpose in life."

Trevor agrees he has found his calling.

"I enjoy helping all these people," he said. "It's something I've worked on a long time. I am driven and I love it." 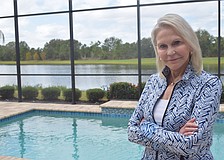 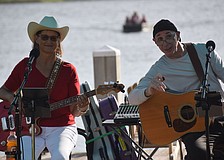 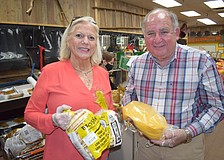 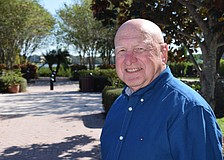