Caleb Jameson has been creating Turtle Safe Toy Boxes for just over a year.

The white latticework boxes sprinkled along Longboat Key's shoreline have made their way to Lido Beach, with help from the city of Sarasota.

Designed to store community beach toys, the purpose of the boxes is to keep plastic toys from being washed into the ocean where they could break down into microplastics that are hazardous to sea life.

The idea for the “Turtle Safe Toy Box” came from of 14-year-old Caleb Jameson, a student at Providence Community School in Lakewood Ranch, while he attended 2017 Mote Marine Laboratory’s Youth Ocean Conservation Summit.

But the inspiration for the box happened long before he walked into the summit.

As an 8-year-old, Jameson started volunteering alongside his mother with the Longboat Key Turtle Watch. He said that over the years, he noticed forgotten beach toys littering the sand and connected the dots of how the plastic making its way into the ocean could affect the sea turtle.

A 2018 study from Commonwealth Scientific and Industrial Research Organisation in Australia confirms this statistic in its 2018 study, which analyzed the link between sea turtle mortality and plastic debris ingestion.

Jameson's first boxes were set up on Longboat Key, earlier this year. He installed one on Lido Key two weeks ago, with financial support of the city of Sarasota.

Stevie Freeman Montes, Sarasota's sustainability manager, worked with Jameson and Mote to figure out the right location for the first Sarasota box. Jason Bartolone, city of Sarasota communications specialist, said they looked for high traffic areas where toys were often left behind.

So, how do they work?

The toy box is made from white PVC and lattice that measures about 4-by-2.5 feet. A sign attached to each box explains its purpose. It also includes a QR code that can be scanned by a smartphone to direct people to the Longboat Key Turtle Watch Defenders' website.

Once finished, the boxes are filled with brightly colored beach toys. Beachgoers are invited to pick up a toy, use it for the day and then put it back as they leave. The sign's message states the problem, offers a solution and encourages users to keep the beach clear of plastic.

Each box costs $250 to make. Jameson’s first box was paid for through a grant from Kleen Kanteen, a reusable water bottle company. Other boxes have been built through the generosity of other donors.

Jameson builds each box by hand and has posted step-by-step videos on the Turtle Safe Toy Box Facebook page to show others how to build their own boxes and install them  on their beach. His long term goal is to install Turtle Safe Toy Boxes across the United States.

“It's all just [about] helping wildlife,” Jameson said. “I just want other people to care as much as I do about the oceans and the wildlife and if other people want to build boxes, I'm completely okay with that.” 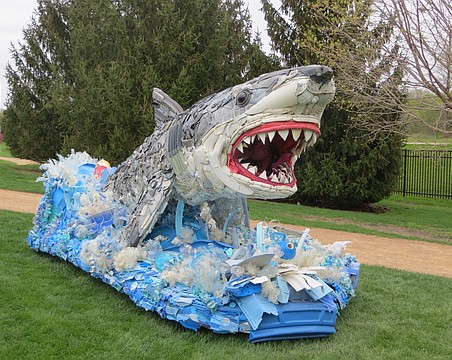 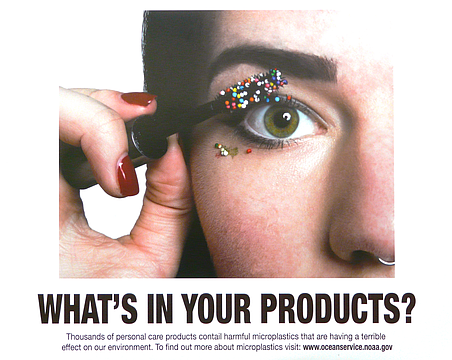 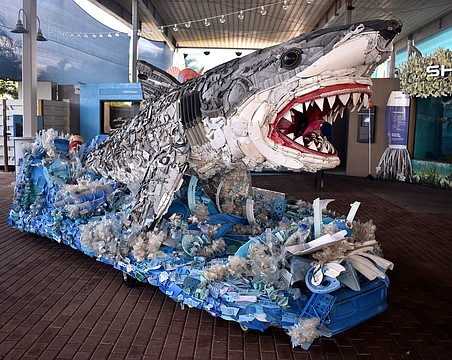 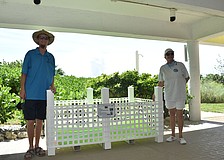 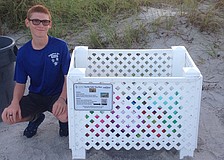 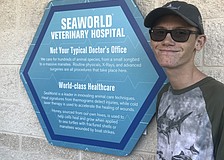 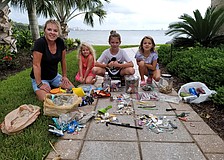 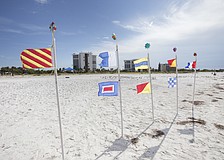