Following the $18.1 million sale of Main Plaza, how might the new owners redevelop the property — and how will that impact the eastern end of downtown Sarasota?

Over the past year, stakeholders on the eastern end of downtown have hailed a comedy club, craft beer bar and buffalo wing restaurant as encouraging steps toward creating a distinct identity for the area.

With that in mind, the $18.1 million sale and pending redevelopment of Main Plaza, an 8.6-acre site in the 1900 block of Main Street, has the potential to redefine a key segment of the city.

“That side of Main Street has really struggled,” said David Chessler, a member of the group that purchased the property. “We want to do something special there. We want it to be magnificent for the community.”

That investment group, which also includes entrepreneurs Jesse Biter and Eric Baird, said they have no set plans for the site. Speaking about the property, which houses the Hollywood 20 movie theater and the Babe Weiller branch of the YMCA, the buyers have indicated they aren’t lacking ambition.

“We want to get this right,” Biter said. “Right now, there are a lot of options.”

“Really, I think the palette is wide open,” Horn said. “And I think the neat thing about that end of Main Street is that it can be anything.”

Beyond a 10-story height restriction, Horn said Main Plaza offers more flexibility than almost any other site in downtown Sarasota thanks to its size.

Larger retail ventures, such as a grocery store that would normally have limited options in the downtown core, could operate at Main Plaza. Horn listed retail, residential, office, hotel and even a conference center as possible uses.

"The more you talk to people about it, the more ideas and interest there is." — Steve Horn

But it could be that none of those options ultimately becomes the chosen path. Horn said he’s heard a flood of ideas for what should go on the site since the deal was announced. If nothing else, the sale has created a renewed energy for a portion of downtown Sarasota that often gets overlooked.

“The more you talk to people about it, the more ideas and interest there is,” Horn said. “Once they got the conversation started, all of a sudden, everybody looked at it and thought, ‘What a great opportunity.’”

That change in attitude highlights the state of Main Plaza after Connecticut-based Paragon Realty Group purchased the property for $40 million in 2005. Horn said the previous challenges facing the property were circumstantial, rather than specific to the site — the 2005 purchase price, combined with the subsequent economic downturn, limited the potential for growth.

“Even if the market goes through another cycle, they’re going to be OK, and they can develop their way through it,” Horn said.

Mike Evanoff, owner of Office Bar SRQ at 1989 Ringling Blvd., said he was happy to hear about the sale of the adjacent property — particularly given the buyers. He agreed Main Plaza could only benefit from the revitalization associated with new ownership.

“The place has been a quiet zone for a long time, beside the movie theater,” Evanoff said. “I think anybody in the area that’s down there should be happy, because they’re only going to bring more traffic and clean it up.”

"I think anybody in the area that’s down there should be happy." — Mike Evanoff

Downtown Economic Development Coordinator Norm Gollub also said size is one of the site’s primary assets. Large office space — 20,000 square feet or more — can attract corporate headquarters and regional offices, something the heart of the city is currently lacking.

“It’s always nice to have large floor plates to offer to companies,” Gollub said. “That’s been one of our weaknesses in downtown.”

Having a bevy of options creates its own challenge, though. There are complicating factors for any given use, Gollub said.

For example, he asked, what impact might the significant residential growth in the nearby Rosemary District have on the Main Street housing market, if they chose to build condos?

Or, could the market sustain a more retail-heavy concept? Gollub said existing stores are heavily concentrated on the western end of Main Street, and the low vacancy rate of 3.5% throughout downtown suggests there’s room for growth.

No matter what path they take, the effects will be felt throughout the eastern end of downtown.

“I hope they do their due diligence on what the market will bear,” Gollub said. “Given the purchasers, they’re pretty innovative. I look forward to a unique product, hopefully, that they can bring to the public and the market.” 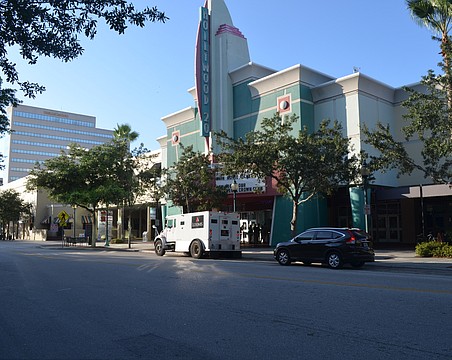 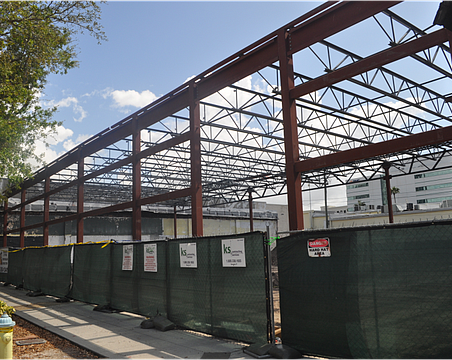 Evie's on Main Street to open in September 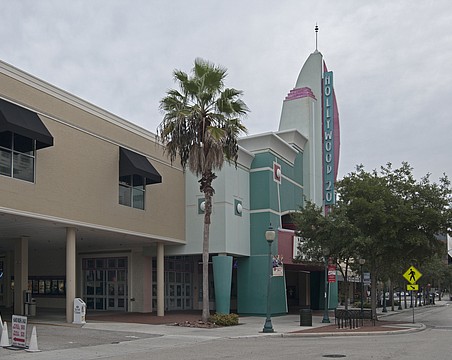 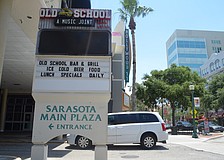 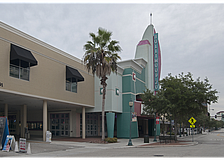 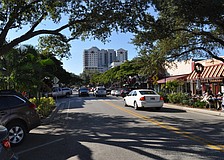 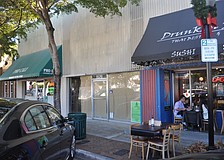 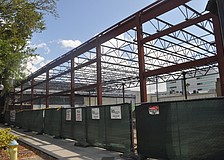